What are the Custody Laws in California? 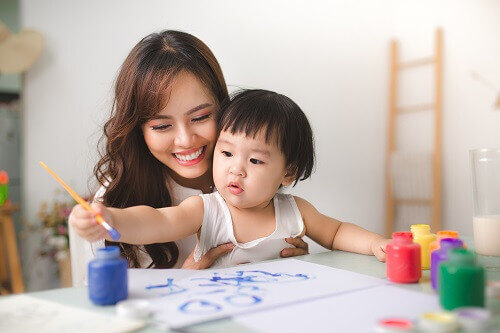 Generally, California law encourages joint custody arrangements where both parents participate in the legal decision making regarding the child’s general welfare and both parents participate equally in raising their children. Courts generally strive to ensure that the child maintains frequent and continuing contact with both parents unless one parent is unfit. No preference is given to either gender and equality is granted to all types of parents.

Practically speaking, not all cases are identical and not all parents play an active role in parenting. Situations like this or situations where there are issues of abuse and/or neglect can play a significant role in the resulting custody and visitation orders.

Child custody is an extremely difficult matter for divorcing or separating parents to face. Parents naturally want to protect the best interests of their children. If you are dealing with custody and visitation issues, having orders that are not only specific and detailed will help to avoid confusion later.

Does It Matter Who Files for Custody First in California?

No, it does not matter who files for custody first in California. The judge will make a ruling solely on the best interests of the child. Child custody cases can be complex, so it is important that you obtain legal representation to help you through the process.

How is Child Custody Determined in California?

When determining visitation rights, the court does what is in the best interest of the child, and takes the following into consideration:

What Are My Rights as a Father in California?

By default, mothers and fathers have equal rights to custody in California. Unless there is something that makes one of the parents unfit for custody, one parent is not preferred over the other. In the most ideal case, the parents would have a joint custody arrangement. However, the judge will take many factors into considering and make a ruling in favor of the child’s best interests. It used to be that the mother was typically favored in these rulings, but more and more, fathers are being given custody.

What is an Unfit Parent in California?

There are several factors that could prove that a parent is unfit for child custody in California, keep in mind that these must be proven with evidence to hold weight in court, some of the most obvious factors include:

In California, there are two types of child custody:

Both types of the above custody can be either joint or sole:

Visitation orders vary depending on what is in the best interest of all parties involved. There are different types of visitation, including:

Our child custody lawyers in Folsom can help you resolve custody or visitation disputes and ensure that parenting plans and visitation schedules reflect your child’s best interests while protecting your rights. If you find yourself involved in a child custody dispute, it can help to work with a Folsom custody attorney who specializes in child welfare law. Attorney Tiffany L. Andrews and her team offer high-quality representation and maintain a focus on protecting your child’s well-being while keeping your best interests in mind. Ultimately, our goal is to reach a resolution that is favorable, fair, and safe for your child.

Find the information you're looking for about your case.